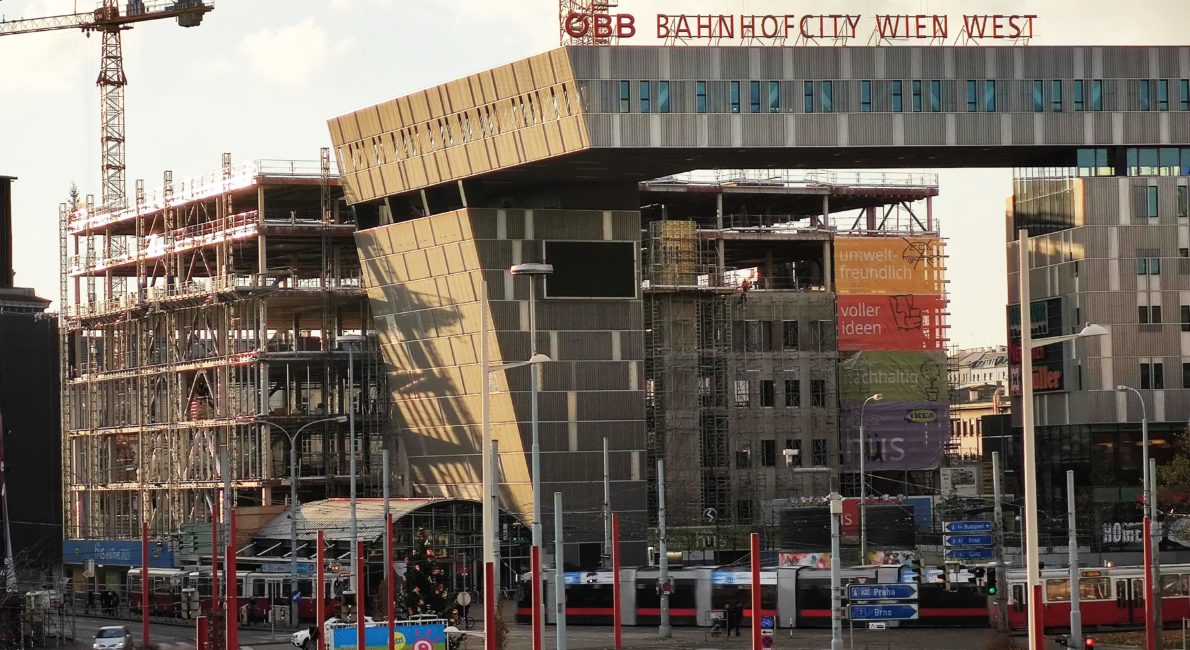 The most important milestone on the IKEA construction site at Vienna’s railway station ‚Westbahnhof‘ has been reached for 2020: the last ceiling has been concreted and the roof level has been reached!
Architecture: querkraft architekten
Inspection Engineer (according to the Vienna building regulations): werkraum ingenieure 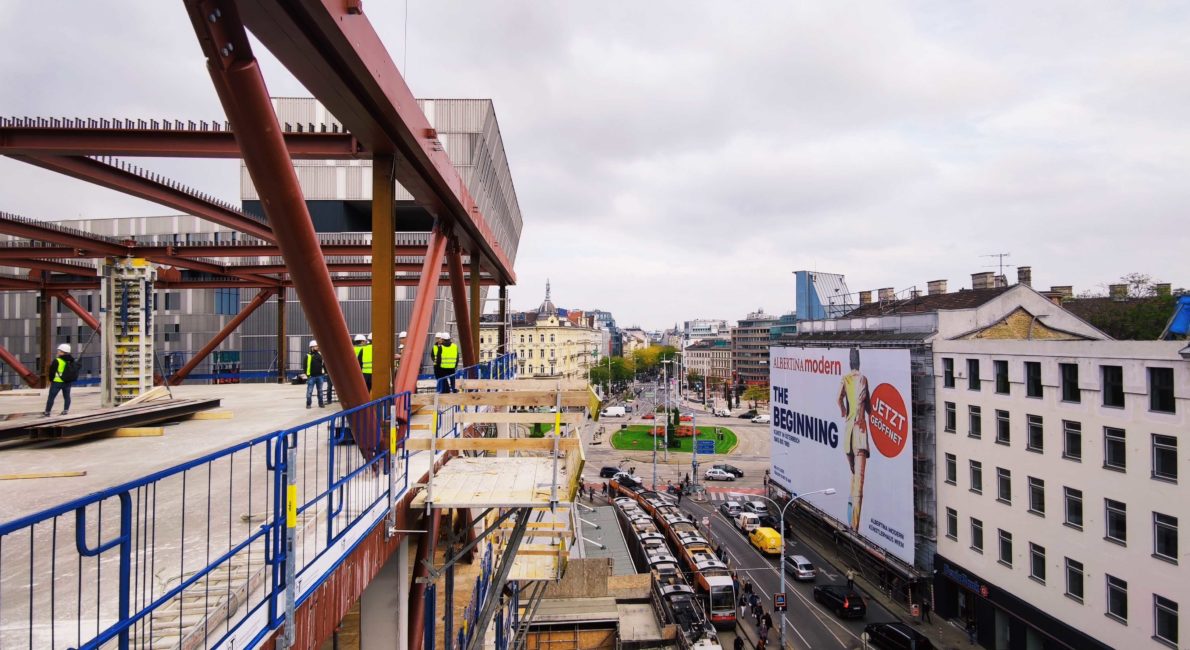 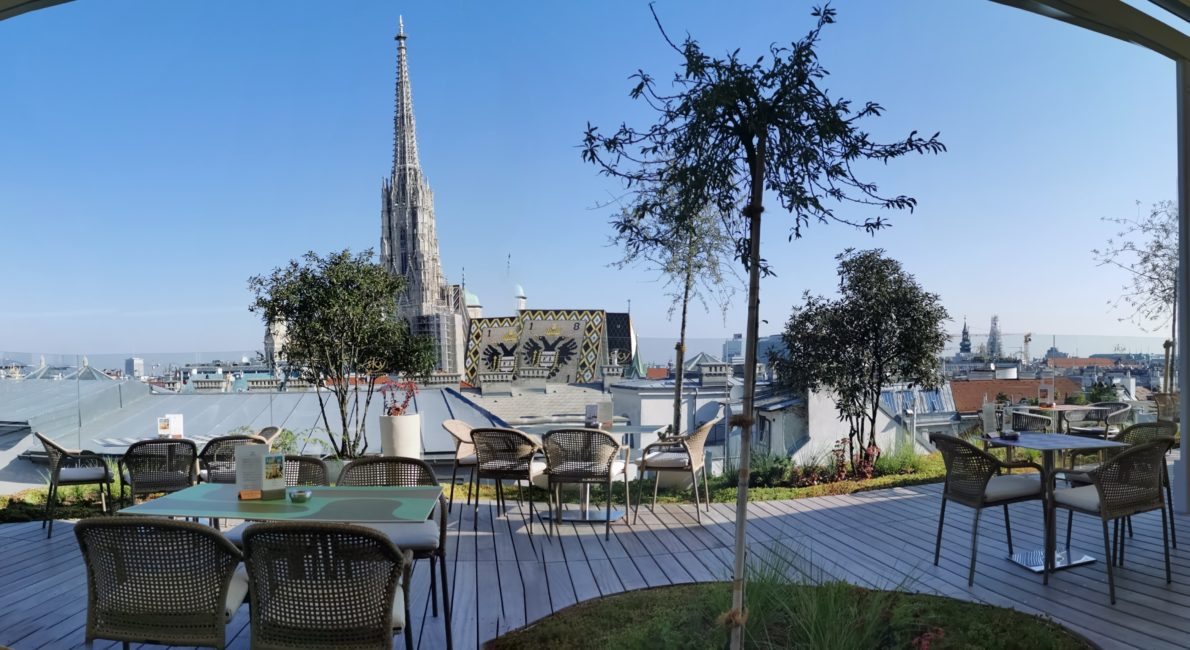 See you for a cocktail in the Skybar

Truly a major project: JKU Science Park 1 was completed in 2009. In 2011 and 2012, Science Park 2 + 3 followed and now, with the completion of the structural work of the building components 4 + 5, the entire Science Park of the Johannes Kepler University is in the final round!
Architecture: Caramel | Structural planning: werkraum ingenieure 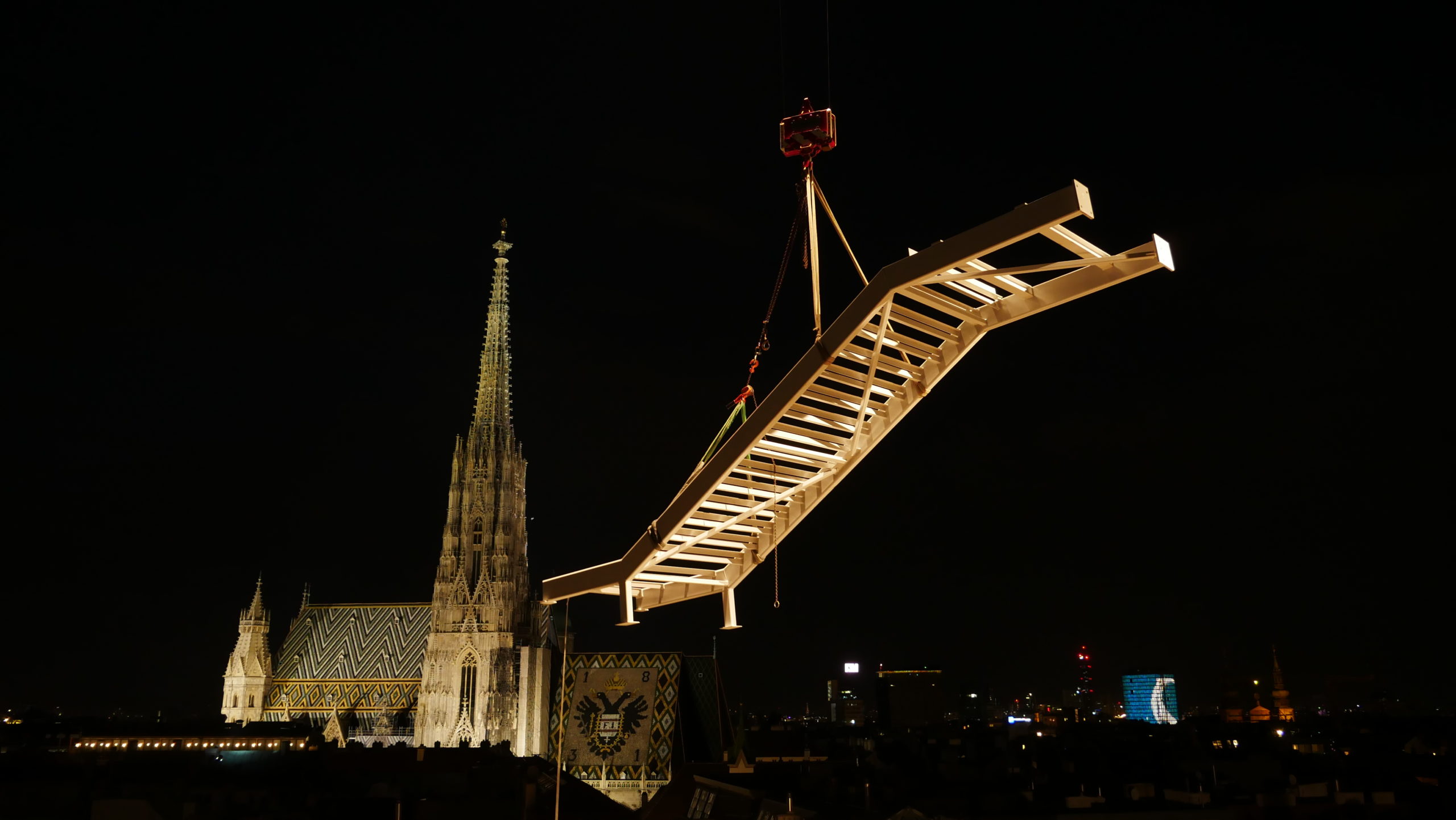 The new roof terrace of the Skybar at the top of Steffl department store in Kärntner Straße will soon be finished!
The architectural design for the extension of the restaurant and the spacious terrace was made by ABdomen Architektur, the structural design of the project with view to St. Stephen’s Cathedral was made by us. Summer may come!

Among the top 10! werkraum ingenieure could improve from place 14 of last year’s ranking to place 9 and this not only for Austria, but for the whole German speaking area! We are happy about this success and upward trend and would like to take this opportunity to thank our project partners and team members for the excellent collaboration! 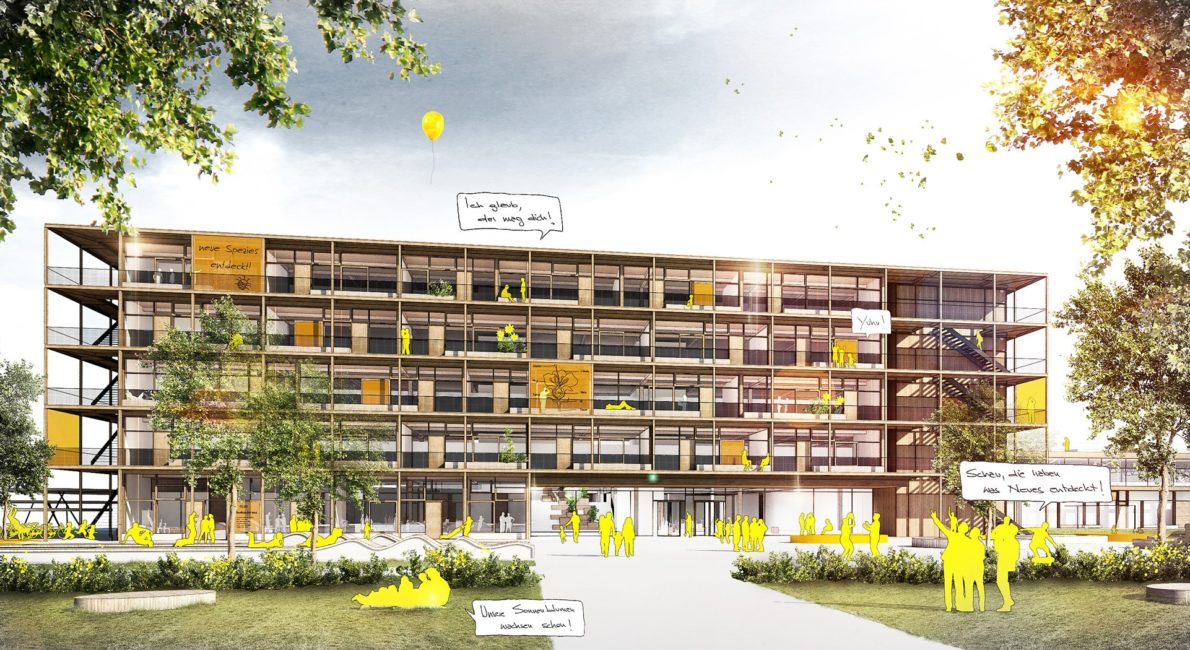 Together with Caramel Architects we are pleased about the 1st prize in the competition for the Martin-Behaim Secondary School in Nuremberg. 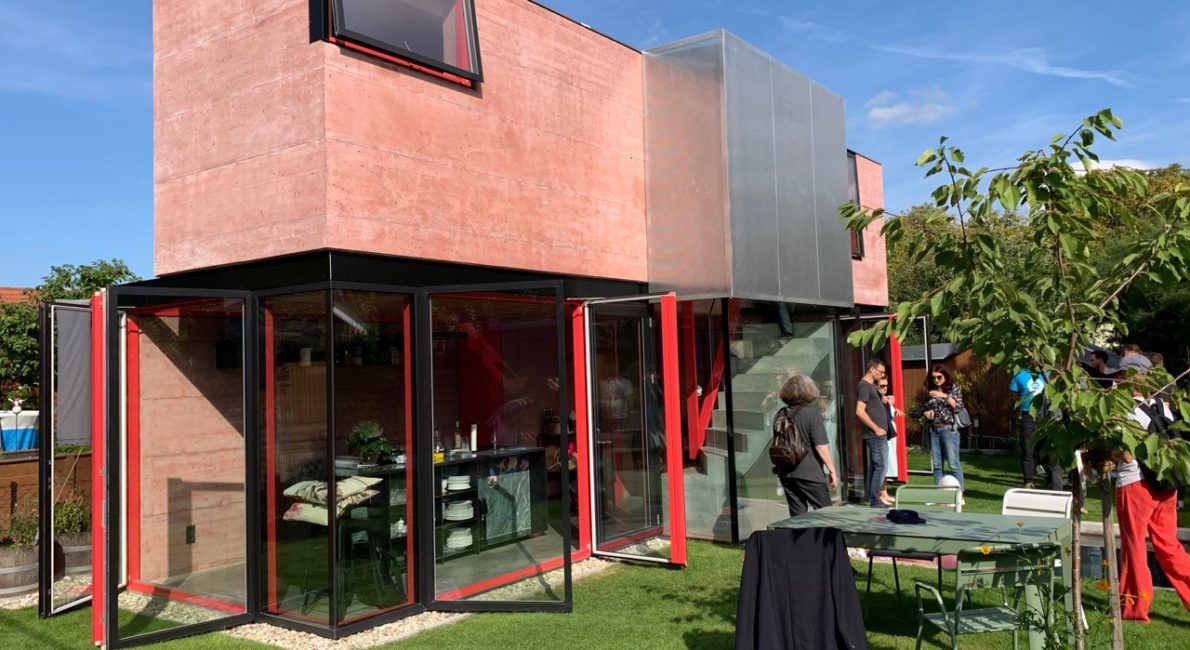 House ZET aka Pink Flamingo – the pink allotment house by the architectural office ALLCOLOURS – big on TV! Already over 100 000 hits of the ORF story. The architecture studio built a striking summer house in a Viennese allotment garden settlement, which has a cubature of 165 cubic metres on a floor space of only 35 square metres. 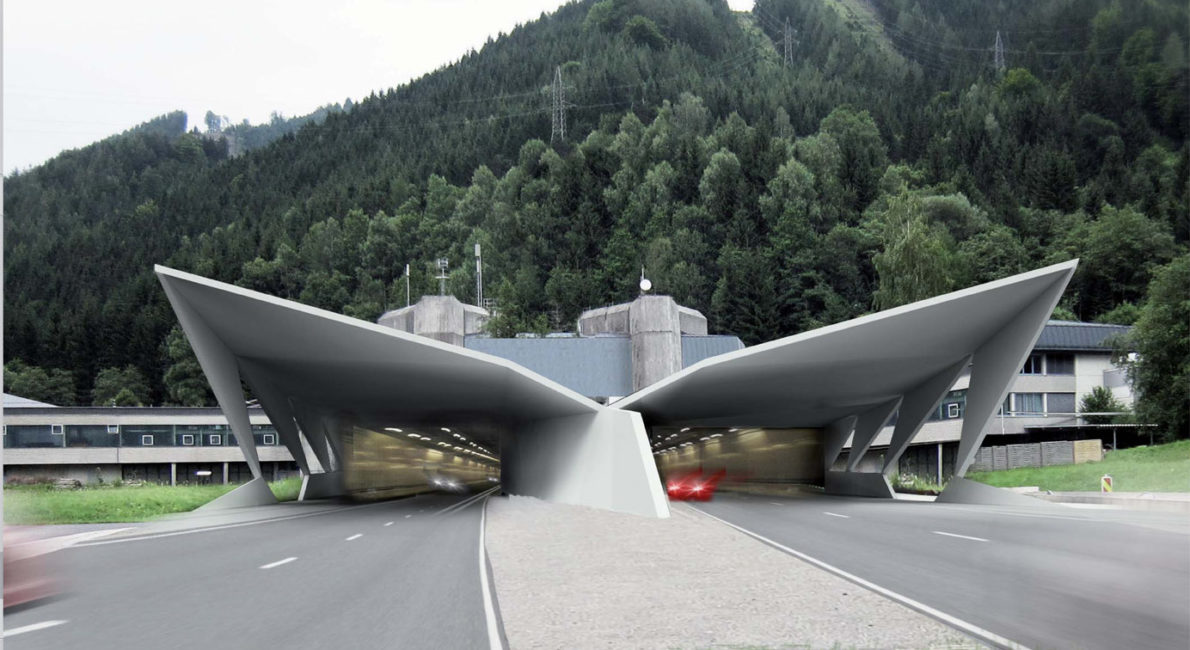 Opening of the Gleinalm tunnel

Almost six years after the start of the full extension of the Gleinalm tunnel of the A 9 Pyhrn motorway in Styria, both tunnel tubes have now been opened to traffic, just before Christmas on December 20th, 2019. In addition to the construction of a second tunnel tube and the extensive general refurbishment of the old tube, the tunnel portals including the gallery (architecture: fasch&fuchs.architekten / structural design: werkraum ingenieure) were also newly constructed.

Have a good start into 2020 and the new decade! 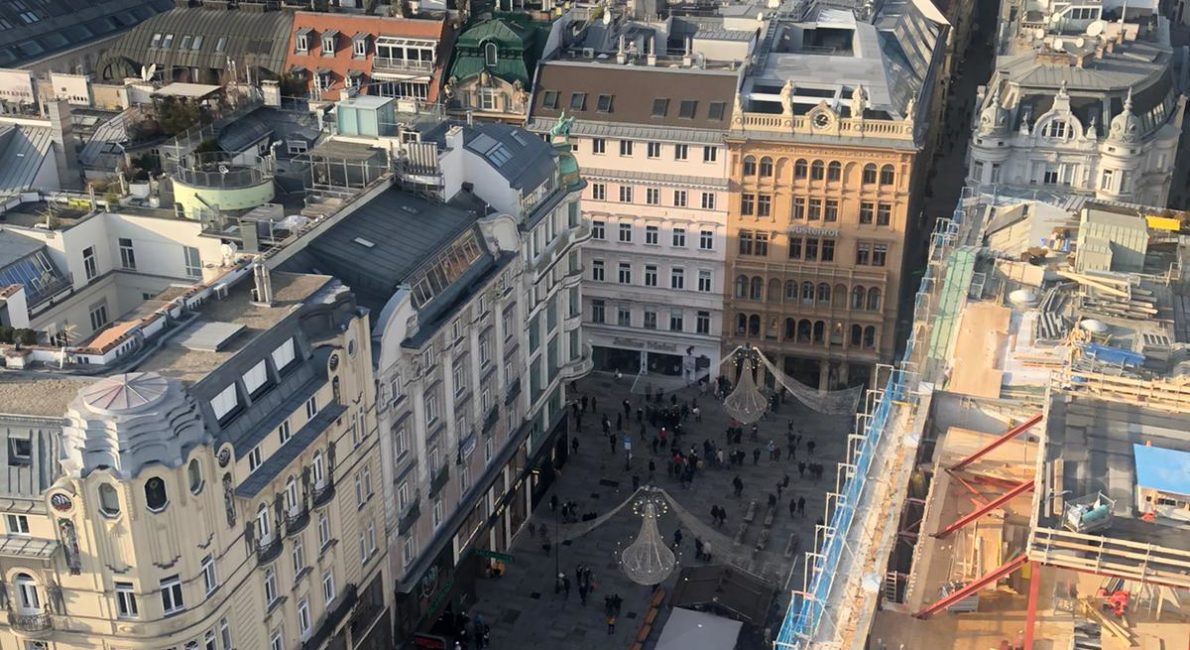 On top of Vienna

St. Peter’s Church, St. Stephen’s Cathedral and the festive pre-Christmas Graben in downtown Vienna: The werkraum ingenieure team enjoys the magnificent 360° view from above when visiting the construction site. The Erste Bank building on Graben in Vienna’s city centre is being refurbished according to the plans of A2K Architects, werkraum ingenieure is responsible for the structural design.